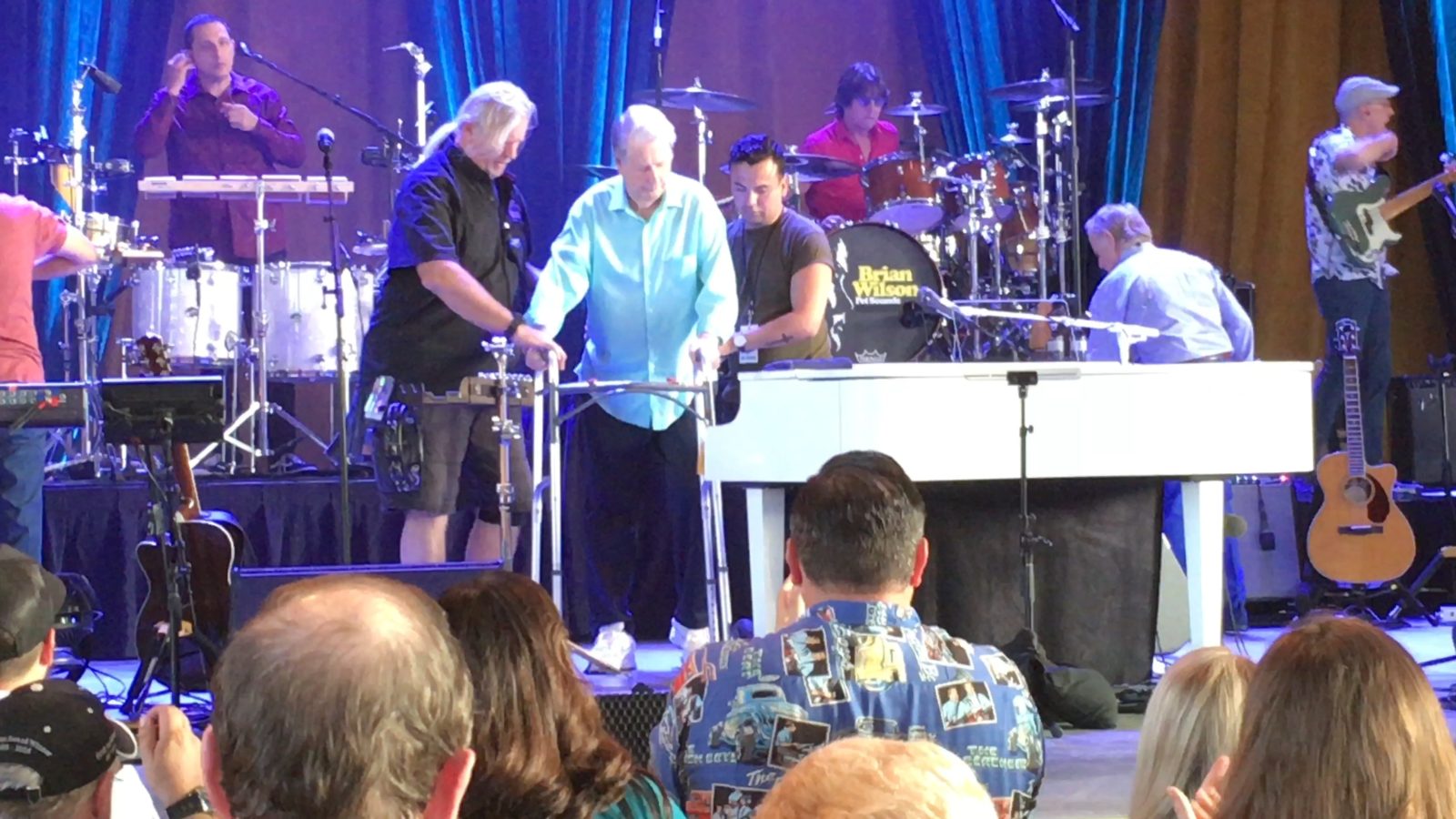 I recently attended a Brian Wilson concert (longtime leader of The Beach Boys).  Yes, he is still alive and is definitely looking more like a grumpy, old man than an influential rock star known to many as a genius.  He was in town performing the classic Beach Boys Pet Sounds album in its entirety along with other smash sing-along hits. I was familiar with Pet Sounds, after all it is the #2 rated album of all time behind only Sgt. Pepper's Lonely Hearts Club Band.  I was curious: What happened after this game-changing album?  Did Brian Wilson ride this newfound freedom and wave of creativity to continue to deliver inspiring, innovative music? NOPE. Wilson and the Beach Boys went straight into the studio to produce an album they called Smile that sadly collected dust on a shelf for the next thirty-seven years. Brian Wilson eventually released a solo album of this material in 2004  What happened?  I hadn't been this intrigued since I learned that Cincinnati had an abandoned subway with miles of empty tunnels underneath the city.

Cutting to the chase, Wilson was experimenting with a new way of making records, modular approach where small fragments of sound were recorded individually, instead of capturing all of the instrumentation in a linear, real-time fashion.  Months passed and the session tapes piled up.  Deadlines were missed, expenses soared, personalities in the band clashed, and the project was eventually scrapped.  I found five parallels with this story and experiences in my career.

Pet Sounds was a drastic shift from the catchy surf songs that put The Beach Boys on the map.  The complex orchestrations were ambitious and the lyrics were much more vulnerable than pop songs of the time.  There was resistance among members of the group to take this direction.  They could have stuck to the formula and kept cranking out more hits for years to come.  But Wilson persisted and challenged the status quo.

My biggest career risk was deciding to work for myself. Many people have questioned this and still urge me to take a "normal" or "real" job with all the corporate trimmings.  But I am confident this was a risk worth taking.  I bet on myself and haven't looked back. I have been blessed to meet a lot of great people and develop some creative solutions to business problems. I have fun and learn constantly.

2. Reduce Risks When a Deadline is Looming

Pet Sounds wasn't a massive commercial success in the US until many years following its 1966 release.  Record executives and the other Beach Boys didn't have the luxury to see fifty years into the future and the massive influence or respect the album they just made would eventually have.  The band's future was still very much unknown and unproven with this change in artistic direction.  That was the climate when Wilson was in the trenches taking on an even bigger risk with his next project Smile. The pressure from all sides was mounting, the money was drying up, as was the patience of record executives.  Should he have changed course and somehow saved the project?

With all technology projects, there are countless ways to craft a solution that will meet or exceed the project goals.  Often times, the path is unclear.  Unexpected challenges and unforeseen obstacles will arise. Trade-offs and concessions will often need to be made to release the solution.  Maybe the solution isn't as elegant or perfect as you would like.  Maybe it only saves the end users ten minutes of time instead of the projected fifteen.  However, releasing an imperfect solution is a much better alternative than releasing nothing. If some of the more ambitious parts of the project can be scaled back to avoid the project's demise, there is no question this should be done. If instead decades go by like Smile, you will have in your hands a 5.25" floppy with no device in sight that can even read it anymore.

3.  Focus on Results More than Methods

One song created during the abandoned Smile album did release.  "Good Vibrations." was the last #1 Beach Boys single Wilson was involved in.  It was left over from Pet Sounds that wasn't finished in time. It got its start in the old method of recording where most instrumentation was recorded linearly all at once.   It was then completed the new way in four different studios, requiring hours of takes and fragments in a much more complex fashion.  The song's huge success likely influenced Wilson to continue to follow the direction of complexity in making records. He ended up building his own home studio that was more conducive to this lengthy processes.  The albums created there failed to yield the appeal or influence of his previous works.   Wilson slipped further into depression and battled drug abuse heavily as s result.

With technology solutions, there are now shinier objects and more ways of getting things done than ever before. It is easy to get blinded and lose your way.  When I managed a software team, this was one of my daily inner battles.  I was constantly deciding on how much freedom to give the team to explore new methods and technology versus the tried and true ways that we knew would work. And if we cut corners now, what will be the price later?  I found the key was to stay focused on delivering. Meeting the needs of the customer was the most important thing. Time constraints, budgets, technical approaches all need to be balanced.  At the end of the day, we must produce - we must ship a solution.  Putting a half-done solution in a vault isn't an option. If that means we sometimes go analog and use a less-sexy-but-proven method to get there, it does.

4.  You Can Always Revisit a Shelved Project

Wilson did eventually finish Smile as a solo project called Brian Wilson Presents Smile, thirty-seven years after its original collapse. The unfinished original album was also released in 2011 and even won a Grammy award.

We all have projects that for one reason or another didn't see the light of day.  The good news is that you can always revisit it and pick up where you left off.  If it still holds water, work hard and release it to the world.

5.  Some Ideas Won't Work Until Technology Catches Up

Wilson knew his new way of making albums had potential and could be a game changer. But the equipment and technology available at the time made it difficult to achieve. Imagine trying to launch a video streaming service like Netflix in the age of dial-up internet.

Early in my career, I developed a customer profile report that would later be named "The Murphy Report". It was an Excel-based report that was used for over a decade and became the standard report the sales team relied on to manage accounts.  It was automated using the latest technology of the time.  It was a tremendous undertaking to add anything new or make any major changes to it.  It was built slowly over many years. Eventually The Murphy Report became obsolete; it wasn't possible to maintain or keep up with the changing data needs of the business with newer technology emerging every few years. With new products like Tableau and Power BI, the entire report could be built in a fraction of the time with more functionality to the users.

Wouldn't It Be Nice?

In any career, not every project will result in a huge success.  There will be some disappointments and failures along the way.  Some things that feel like failures may prove, in the end, to be actual diamonds.  Maybe they just took a while to form - or for others to realize what they were truly holding all along.  And maybe your idea just wasn't made for these times.  Your next move towards success is certainly not always clear or obvious.  That's okay. Keep moving ahead anyways.  Take risks, learn and adjust as you go.  Even if your project is decades old, it still may be salvageable and valuable to others.