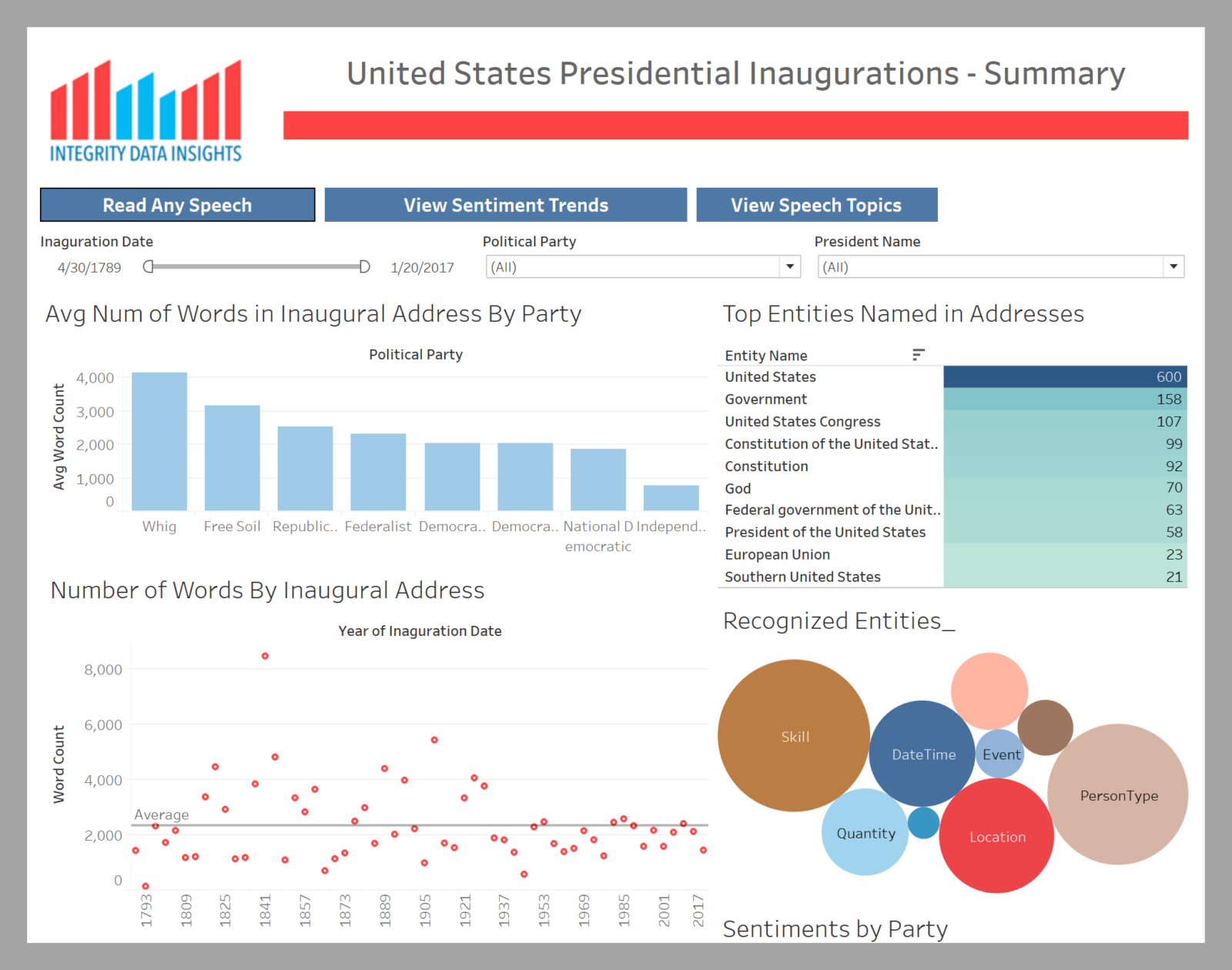 For over 230 years the United States has gathered every four years to hear the words of the newest inaugurated President.  I was curious.  Were there patterns from all of these speeches?  Which President was the most long-winded?   What are some common talking points?  Are all speeches unicorns and rainbows?

William Henry Harrison's 8,000+ word address in 1841 certainly drove up the average word count for the 19th century.  Presidents are using much fewer words since with big declines the past two centuries

The Whigs Sure Liked To Talk

You guessed right, William Henry Harrison was a Whig party member.  The Free Soil Party?  Only two Presidents were from this party (Martin Van Buren and Rutherford B Hayes)  but they packed in the words.  Republicans are slightly more long winded than Democrats.

2,300 Words is the Average Length of a Presidential Address

Reagan Had A Lot To Say, Carter Well Below Average

The recent Republican Presidents are starting a trend of using fewer words per address while Democrats are trending to use more words.

The top phrases used across all past Presidential inaugurations are shown.  Most are not too surprising. 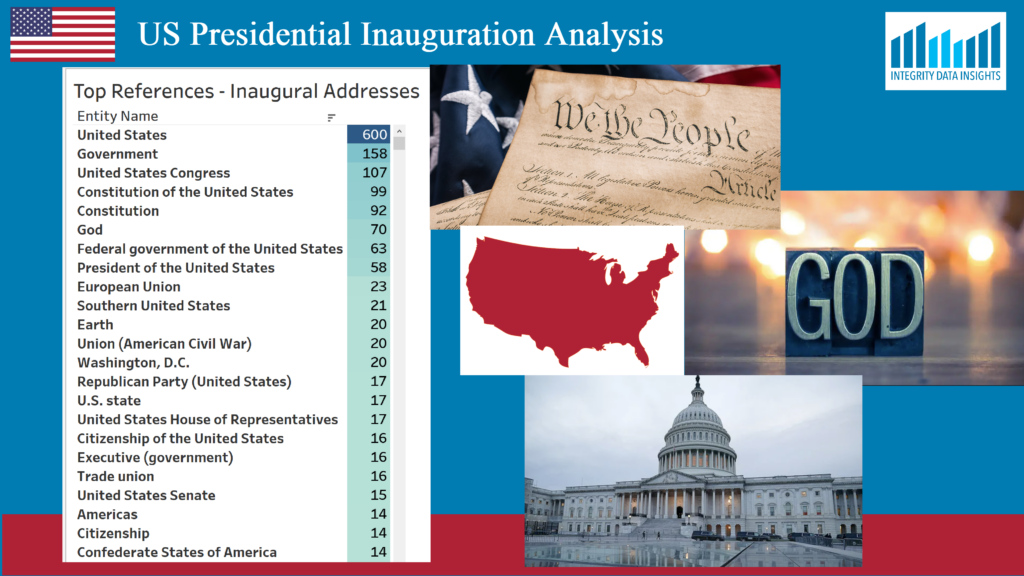 The Long Tail of Other References - Europe is Tops

I loaded every sentence given at every inaugural address into a database.  I then fed this to a service from Microsoft to append sentiment analysis.  You can read more about sentiment analysis from a previous blog post.  The results at the political party showed a very even split between Republicans and Democrats.

Madison and Lincoln Tops For Most Negative Sentiments

What Did Abe Say That Was So Negative?

Lincoln was president during a very turbulent time. His sentiments delivered at his inaugural addresses were definitely not all happy and jubilant.    Here is a list of the top ones from his first inaugural address.

President Carter has the 2nd highest percentage of positive sentiments uttered during his inaugural address - second only to Andrew Jackson.  Here are some of the positive things he had to say.

Try it Out Yourself - Interact With Dashboard

Kick the tires and have fun filtering and exploring on your own.  You can also read all of the inaugural addresses right here.

1 thought on “Analysis of All US Presidential Inaugurations”