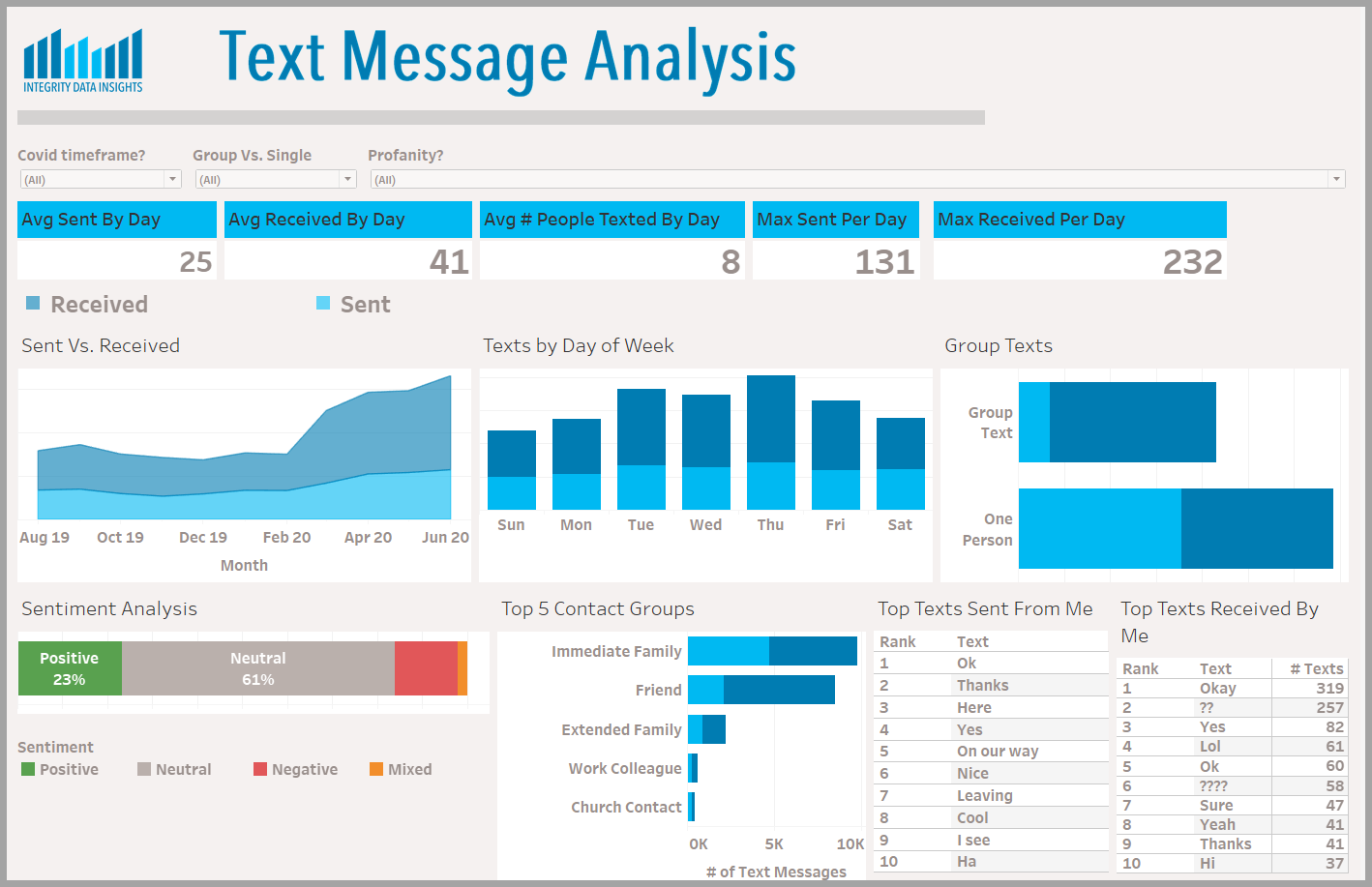 Most of my conversations these days have at least some component that involves text messages. I was curious what I could learn by analyzing my text messages.  How many do I get a day?  From whom?  What are they about?  What time of day?  I put my data skills to work and dug in.  Getting the data from my iPhone and preparing the data was most of the work and a topic for another day.  For now I want to focus on what patterns emerged.

As COVID-19 came into the US, the volume of text messages I received greatly increased, driven mostly by group text messages from my friends 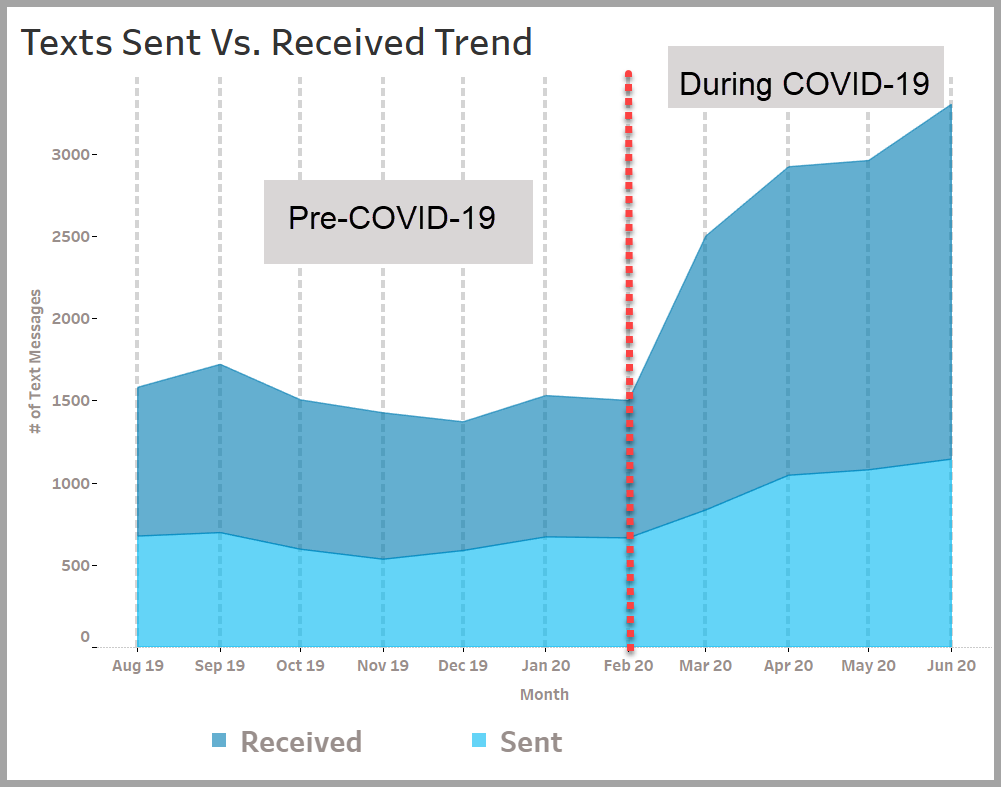 March saw a 199% month-over-month increase of group text messages compared to February.  This was driven from my friends 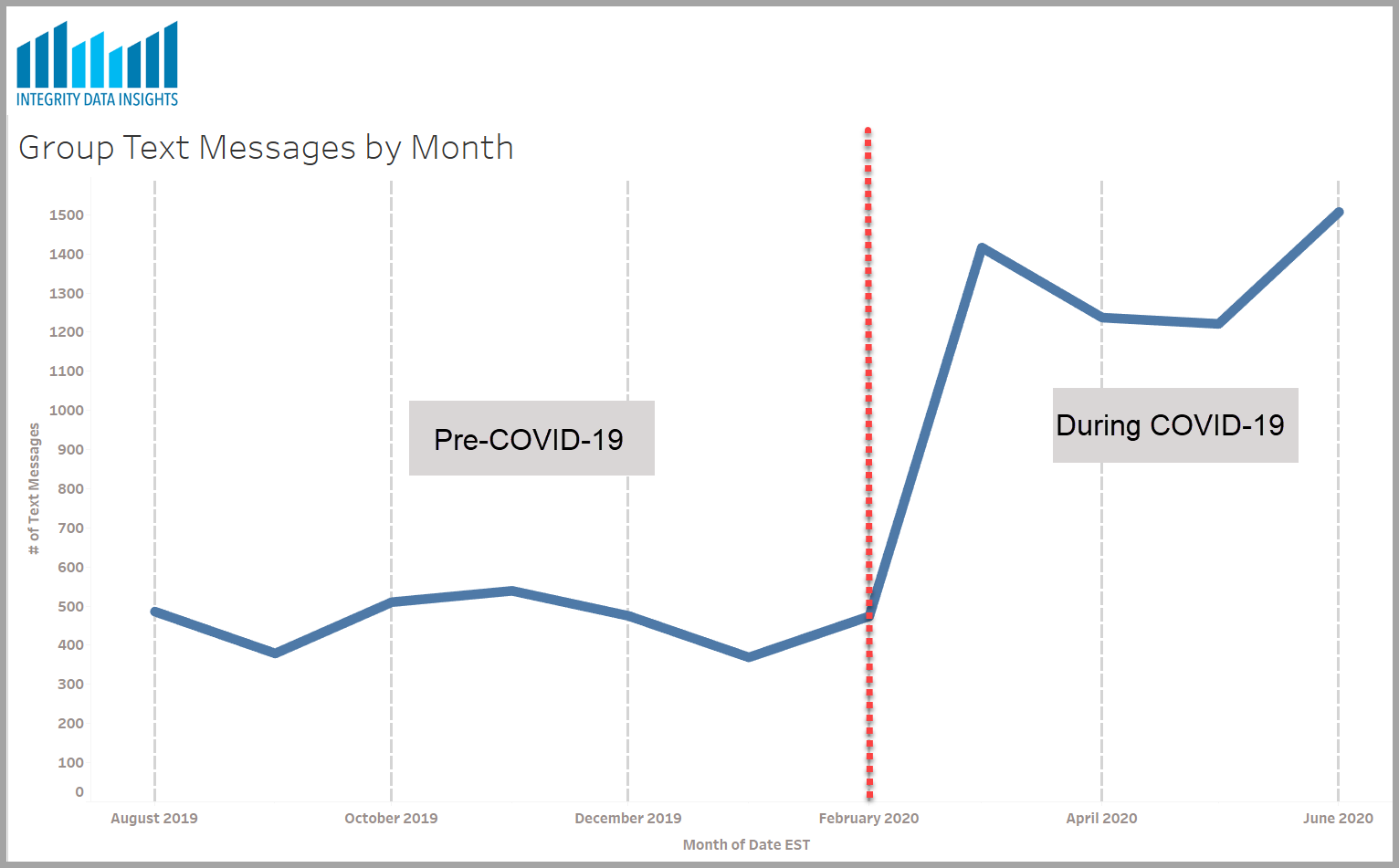 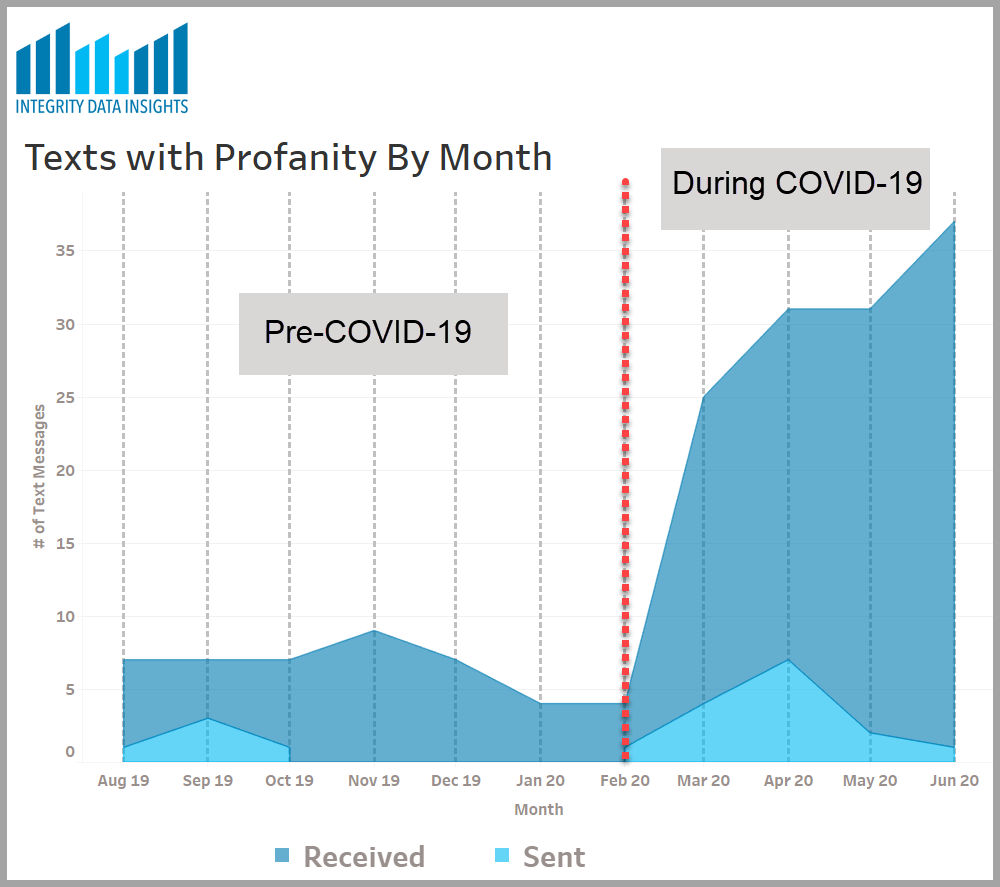 11am is When I Sent and Received the Most Texts

My immediate family was a strong driver of the 11AM texts, especially those I sent 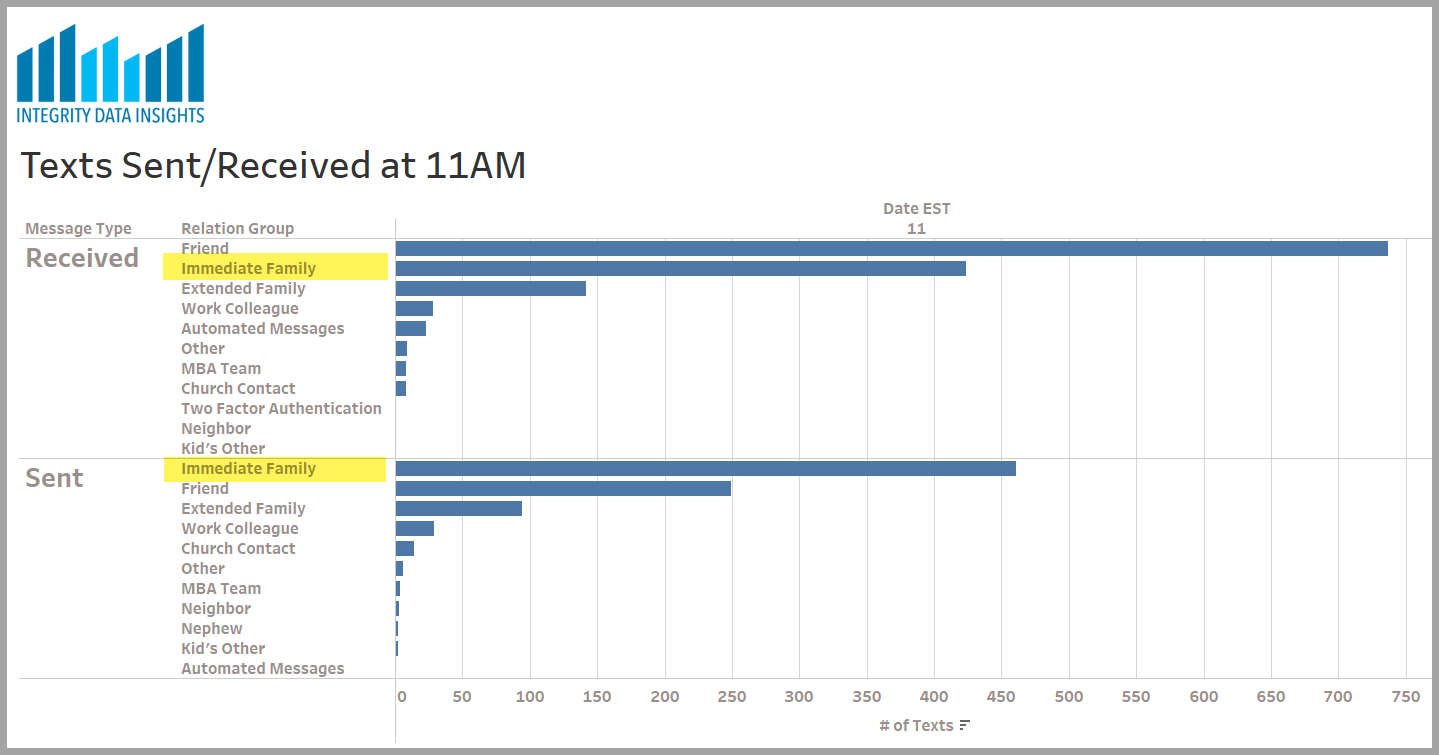 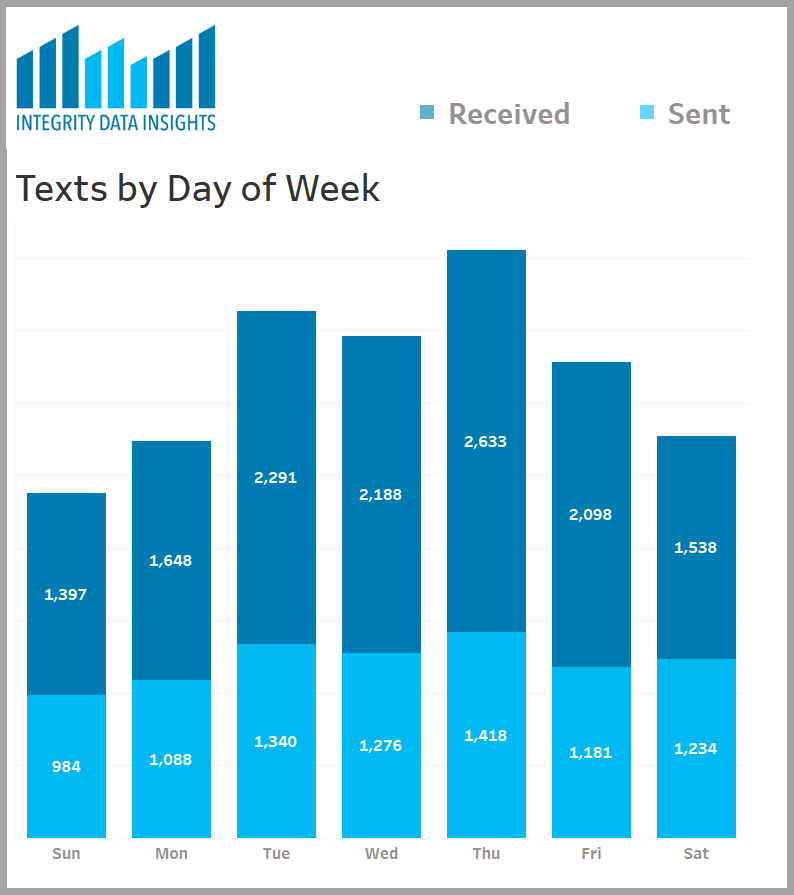 Being under the same roof doesn't stop my family from communicating with text messages.  In fact, it was the largest group of text messages.  "What's for dinner?  On my way.  Can you get milk? " 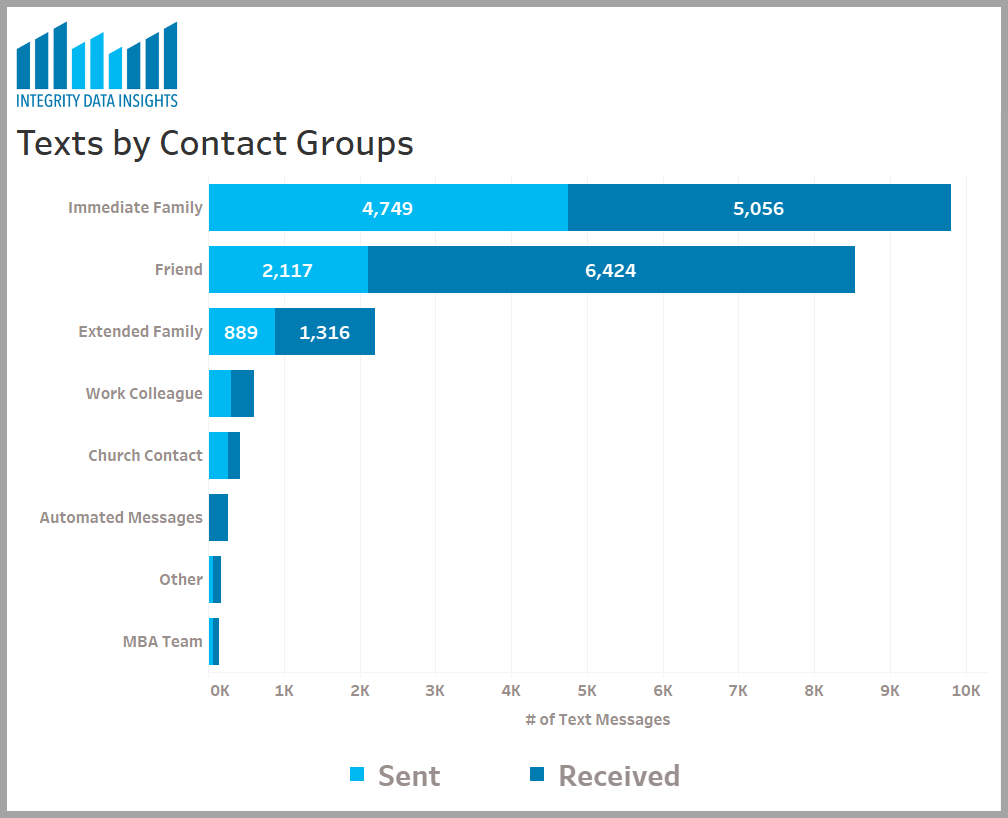 Does Anybody Really Know What Time it is?

I tapped into the Microsoft Cognitive services to append some additional points to my text data.  Apparently a lot of my messages involve a time component as shown below.  Here are some examples:

Using Microsoft's text analysis service, I extracted the most common entities.  Ben Folds and Taco Bell?  Sure.  One that is not right is "I can drive". which apparently is a 1995 song.  That is not want i was referring to when I texted that phrase. 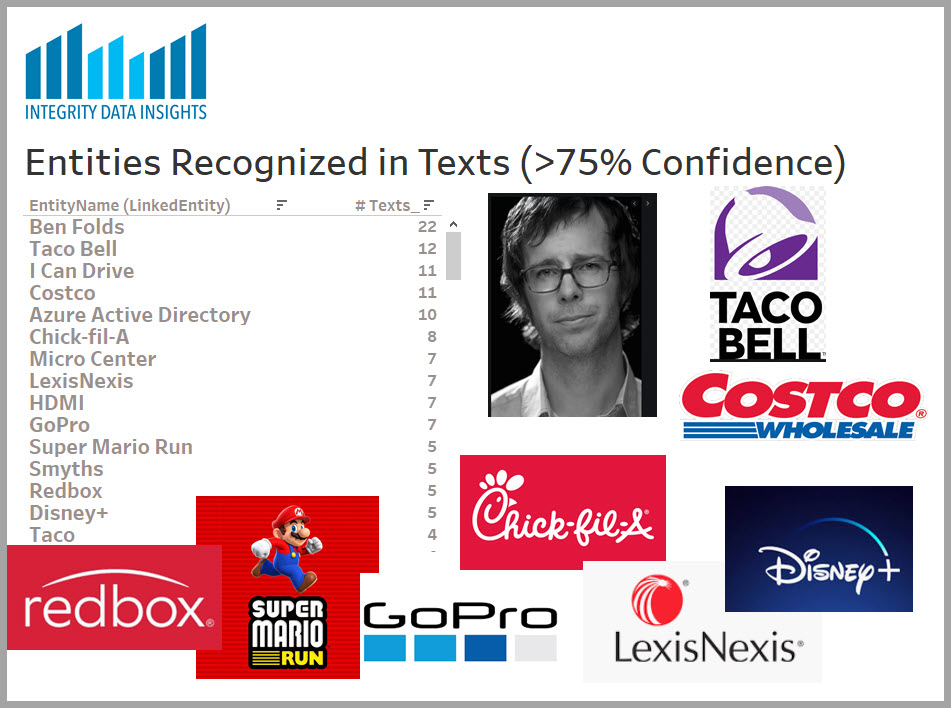 In Part 2 of this blog, I explore much more on the content of messages sent including some powerful sentiment analysis powered by Microsoft.

Interact With the Dashboard Yourself!

Dying to know the distribution of texts by day from friends Pre and during COVID?   Or what does the trend line look for group messages for extended family?  Get all your answers here! #yourwelcome

2 thoughts on “Insights Found By Analyzing My Text Messages”