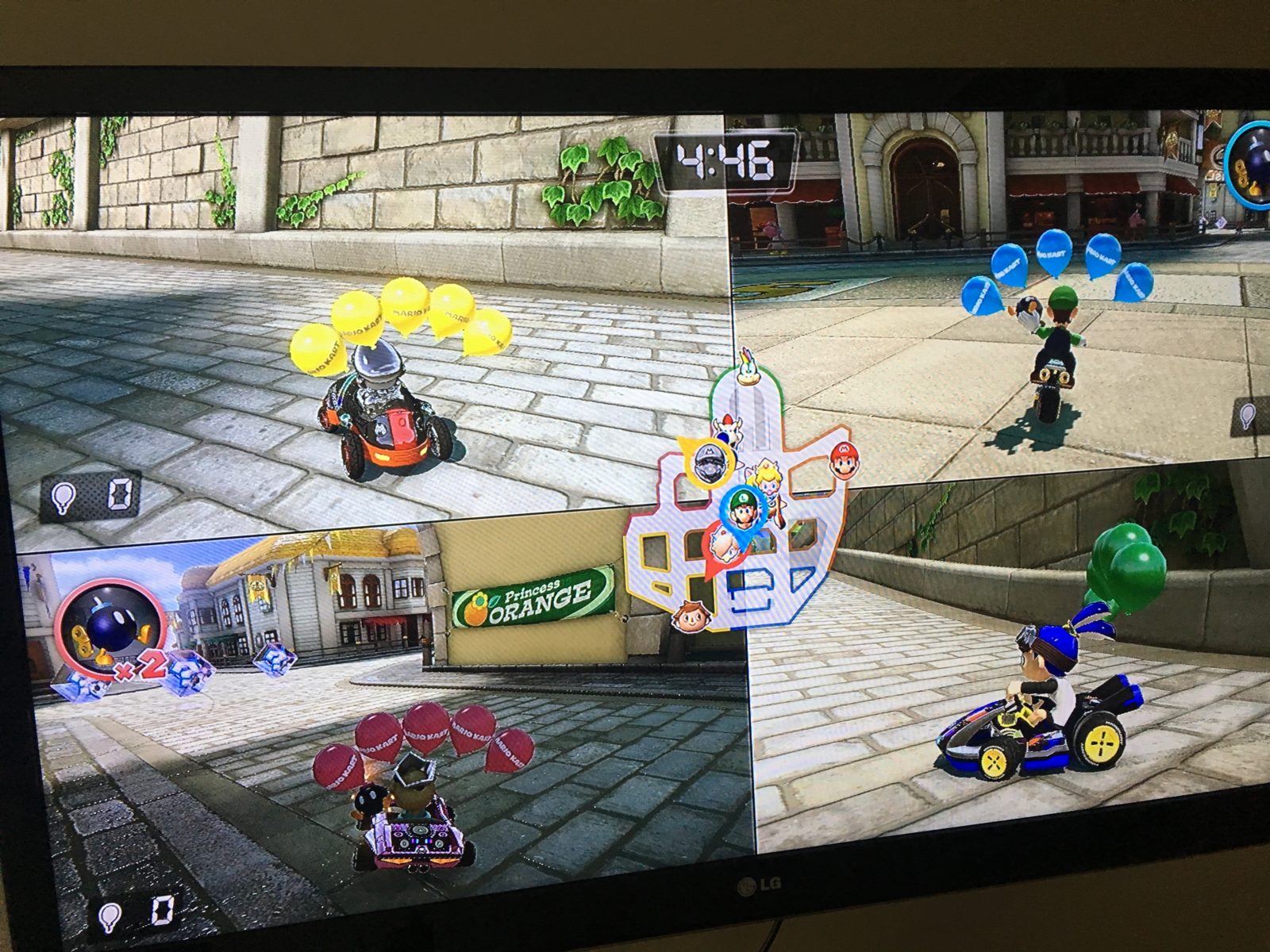 I played Mario Kart with my 9-year old son this Saturday morning. We played a different flavor included called 'Bomb Blast.'  The objective is to travel around the course storing up to 10 bombs to throw at your opponents, scoring a point for each competitor that you hit with a bomb.  Simple, right?

The first few times I played, I drove furiously around the course, collecting bombs and randomly throwing them at anything that moved close to me. I  wasn't too successful and I got hit quite a bit.  Most of the time I ended the game with zero points.  But I had fun riding around like crazy enjoying the chaos and experiencing the over stimulation of sights and sounds.

Then I had an idea.  The inspiration was partially from all the real-life police I passed by on the long stretch of interstate highways I traveled the previous day.  Were they racing around town looking for speeders to catch?    No.  They were simply sitting and waiting for the speeders to come to them.

I changed my strategy for the game.  The first minute, I traveled around collecting the maximum of ten bombs that I could store.  Then I simply moved off to the side of the course and waited.  I took advantage of the map that showed the location of all the participants of the game.   I would wait for an unsuspecting opponent, then press my plastic trigger to release a bomb.  I finished the first game with a score of five!   What a difference!

The Parallels to Life Were Obvious

What are the areas of my life where I am embracing chaos and running around frantically hoping for the results I desire?

Is there a better way to achieve what I am striving for?

Can I be more strategic about what I am trying to accomplish?

Can I use available information to measure how I am doing?

What are some examples from your life?