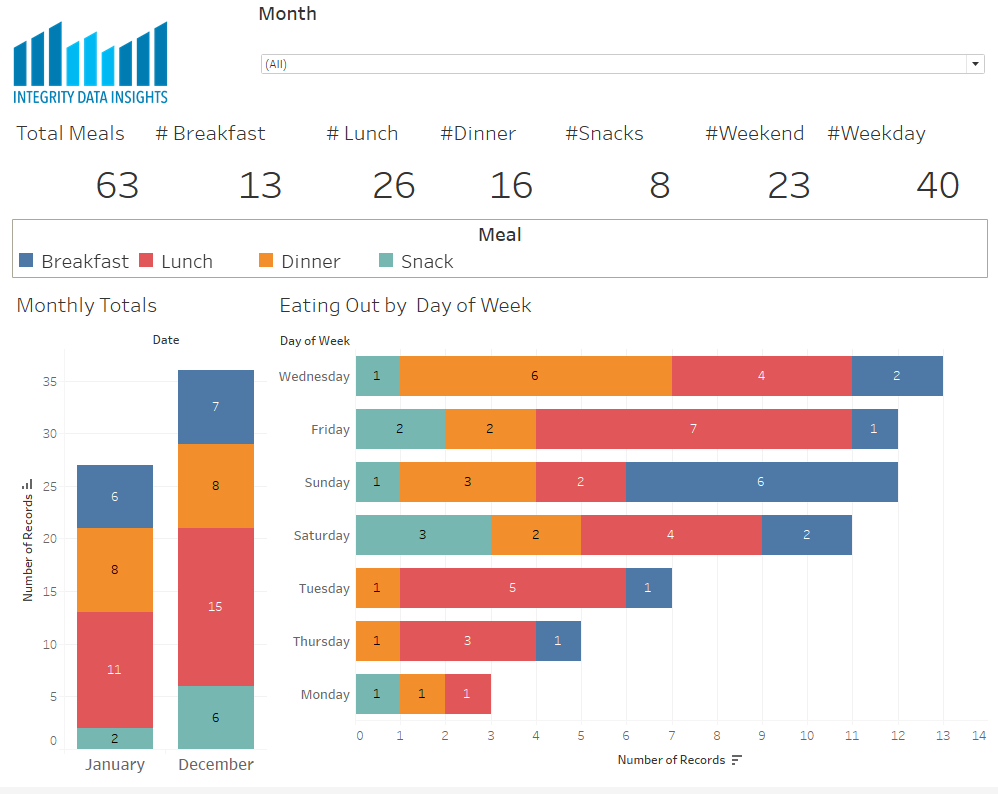 Like many Americans, I dine out more than I should.  My body shows it.   Do I eat out more for lunch or dinner?    Sit down or drive through?  Weekend of weekday? To answer these questions, I decided to capture some data for two months, then analyze the results.  Please pull up to the 2nd window...

Wednesday was the most frequent day I dined out.  That surprised me.  Once I drilled into the details, this made sense because I had some big events on Wednesdays in January that drove the increase.  I also ate out a lot more in December than in January.  That is to be expected with the extra busyness of that month.

Lunch Out is Most Frequent, But Not As Pricey

We had some expensive dinners in December at nicer places than we normally frequent due to the Christmas holiday.  That likely explains the higher costs for dinners.  Also, many of the lunches were just me and not the rest of my family - which obviously makes things a little less costly. 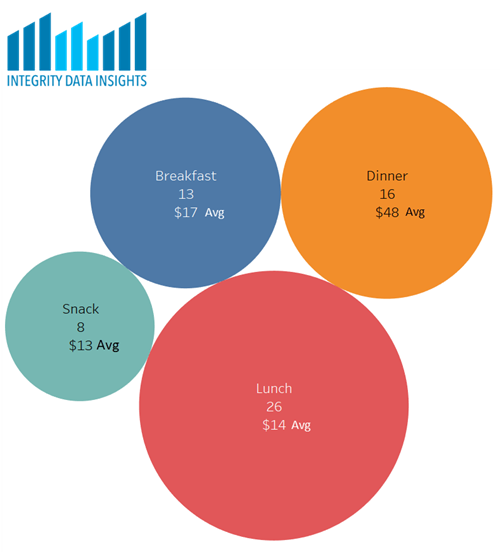 During any given week, five weekdays (compared to only two weekend days) create a lot of opportunities to eat out. And apparently I am taking advantage of that!  With 20 weekday lunches logged, that represents 1/3rd of all times I ate out during the study!  There's the smoking gun!

The beginning of 2018 was filled with leftovers and lounging around the house.  So I didn't eat out for four straight days.  That was my longest period.  Six days straight was the longest streak of days that I ate out consecutively.

Where Do I Go From Here?

Armed with data, I can now set some realistic goals about cutting back my dining out trends.   The data I compiled provided a view into my habits like never before.  The first area to reduce?   Working day lunches - especially on Friday.  Another goal would be to increase number of days without eating out to six days instead of four.  Maybe there will be more kale is in my future?    Maybe if McDonald's starts offering it.  Especially on Wednesday. 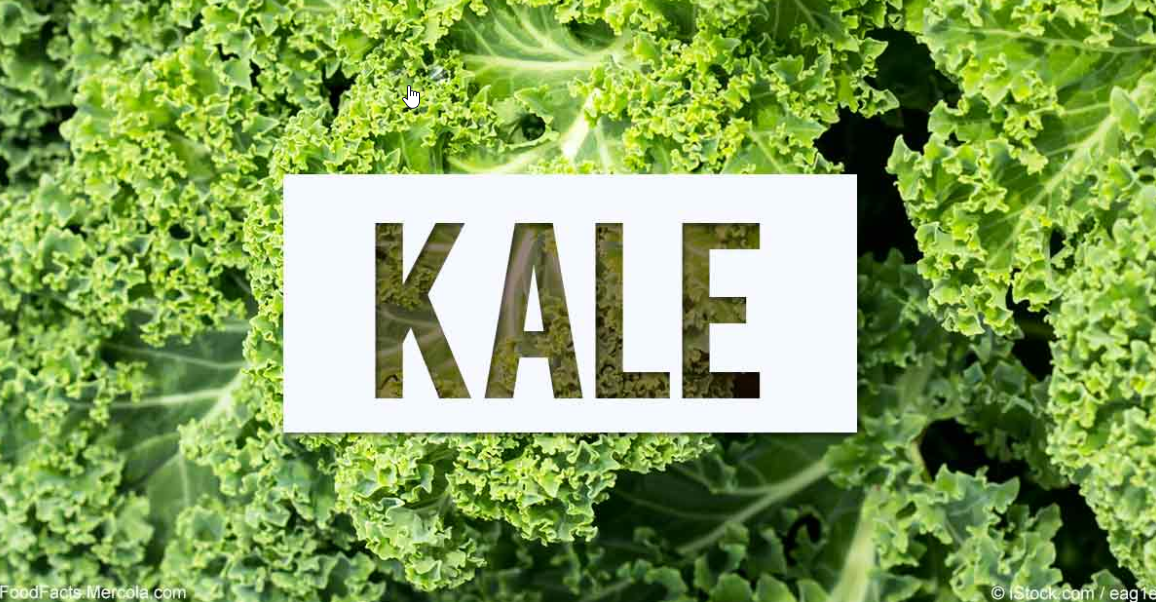 1 thought on “Why I’m Fat – Data Behind the Weight”